Chester Cooper says: Indeed Bahamians of all races and ethnic backgrounds - are welcome in the Progressive Liberal Party (PLP)


PERSONAL STATEMENT BY I. CHESTER COOPER 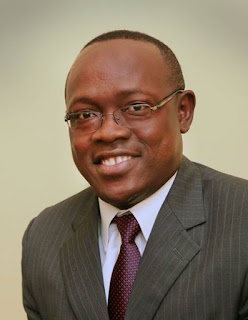 During Monday’s ceremony for the farewell address for former Prime Minister and Progressive Liberal Party (PLP) Leader Perry Christie, there were unfortunate remarks made by the moderator in the vein of black people enslaving each other while white people watched, and white Bahamians not supporting the PLP, as an allegory for our party’s recent loss at the polls.

While there will be much to discuss and probe in the wake of the PLP’s loss, I want to make clear that I, Chester Cooper, in no way support those sentiments or think them a fitting and proper analysis of the PLP’s loss.

The PLP is an organization that is supported by Bahamians of every racial makeup. The thread that binds us is that we are all Bahamians.

Many white Bahamians voted for me, and fought a hard battle in Exuma and Ragged Island to keep that constituency in the PLP’s column in what appears to be a wave election.

I thank ALL Bahamians for their support and dedication to the PLP and to The Bahamas.

This country, like so many others, has a deep and complex racial history, and though we still bear the scars of the deep wounds of the past, we move forward together to build this country that we all love. This is the time for healing.  Indeed Bahamians of all races and ethnic backgrounds - are welcome in the Progressive Liberal Party.

We are interested in building this nation for all.

This has been clearly demonstrated in Prime Minister Christie having supported many white Bahamian candidates in the past and the white PLPs who served in the Senate and Parliament.

We will need all hands on deck to steer the PLP back to its progressive roots and work to empower all Bahamians, regardless of race or ethnicity.

I would like to express my thanks for the faith that the former Prime Minister, the National General Council and the good people of Exuma & Ragged Island reposed in me as a candidate, and promise to give excellent representation and to hold the current administration accountable in the House of Assembly.