The free press lives on in The Bahamas 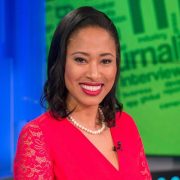 During the course of the general election season, The Nassau Guardian, the official gazette, was cut out of government advertising.

The word came down to us early that this was due to our critique of the Minnis administration.

The company lost significant business as a result of this decision being taken.

Still, we pressed on, recognizing the role of a free press in a democracy.

We carried no water for any side.

We constantly strived to adhere to the highest ideals of journalism.

When we erred, we recognized our responsibility to correct our errors, to be respectful of our readers and to respect our daily role in documenting history.

In 2002, Prime Minister Hubert Ingraham endorsed the Declaration of Chapultepec on our country's behalf.

The Declaration was written during a hemispheric conference on freedom of expression that took place in 1994 in Mexico, sponsored by the Inter American Press Association (IAPA).

It contains 10 fundamental principles necessary to safeguard a free press.

Ingraham stated during the signing ceremony that his government abides by the principles of Chapultepec and urged future leaders to foster a free press in The Bahamas.

The Declaration is based on the essential precept that no law or act of government may limit freedom of expression or of the press, whatever the medium of communication.

The Declaration states: "The media and journalists should neither be discriminated against nor favored because of what they write or say.

"Tariff and exchange policies, licenses for the importation of paper or news-gathering equipment, the assigning of radio and television frequencies and the granting or withdrawal of government advertising may not be used to reward or punish the media or individual journalists."

It adds: "No news medium nor journalist may be punished for publishing the truth or criticizing or denouncing the government."

The long and short of it is that the Minnis administration punished The Nassau Guardian because it did not like what we were printing.

But we stand tall.

The Nassau Guardian has been around for 177 years.

We have survived as a newspaper of record and as a business.

We recommit to the ideals espoused in the Declaration of Chapultepec as this new chapter in our national life unfolds.

The free press lives on.