The FNM Burns Out in Support of Adrian Gibson 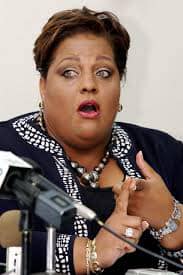 Ms. Loretta Butler-Turner, who is a press liaison officer for the Water and Sewerage Corporation board, said the following publicly as it relates to outstanding audits of the corporation – under the watch of The incompetent FNM administration of 2017-2021 - and Mr. Adrian Gibson, Long Island MP, Board Chairman:
“Actually, when this board came into being, there were two outstanding audits,” she said.
“It was 2018 and 2019 that the previous board never even signed off on. We have just recently gone through those to ensure that that is done. As a corporation, there should be an official audit done each year and tabled in the House of Assembly. So, you see, now, it would be going on four years that such an audit has not been tabled in the House Assembly. 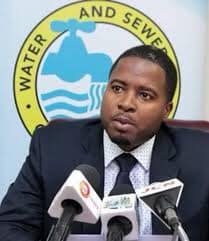 “The job of the board now is to ensure that those two that were just waiting for the board’s decision to agree to, which we have now done, and the two that are outstanding, that they are completed.”
If this is indeed the case, then it’s a poor reflection of the FNM administration of 2017-2021 – under the inept leadership of Prime Minister, Dr Hubert Alexander Minnis – MP for the Killarney constituency. To make matters worse, the FNM party in opposition today are fully unified in their support of the incompetent Long Island MP, Mr. Gibson; whose board did no even sign-off on the 2018 and 2019 audits! 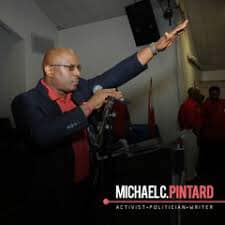 Mr. Michael Pintard, the now leader of the Official Opposition, hapless FNM party, and the Member of Parliament for the Marco City constituency - has unwittingly signed his political death warrant on this matter – in my humble opinion. His unwavering public support for the outright wrong on the part of ‘No-tabled-audits’ Mr. Adrian Gibson - as Chairman of a vital national entity – is political suicide, no doubt.
No Prime Minister of the Commonwealth of The Bahamas for you, Mr Pintard. You have shown that you are simply a political puppet of the sweetheart movement – in my view.
Posted by webcrat at 10:58 AM