The PLP’s decision to not seriously and aggressively help to promote and encourage CoViD-19 vaccination nationally in The Bahamas, is a very poor reflection on its leadership ability in crisis time 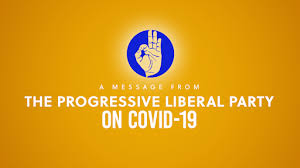 I have read the leader of the official opposition - the Hon. Philip “Brave” Davis’ latest press release today – captioned:  Guidance to PLP Candidates.  It’s good to know that PLP candidates and campaigners were informed that they cannot be on the campaign trail if they are not vaccinated.  This is in adherence with the latest CoViD-19 emergency orders.  In the meantime, he said that the PLP is examining avenues for legal recourse.  Apparently, the PLP doesn’t agree with the new emergency orders – restricting campaigning to vaccinated personnel only.

Mr. Davis went on further to say -that: “The “Competent” Authority permits many activities which pose a much greater risk of transmission of COVID”.  Again, Mr. Davis and the PLP don’t get it.  If you, and the PLP were in power under the present circumstances, and announced your CoViD emergency orders – some folks will feel shortchanged also.  It goes with the territory of having to make difficult decisions in a very trying time – in the national interest, Mr. Davis.

We cannot have it every way, Mr. Davis and the PLP.  It has been stated by competent medical authorities everywhere – that vaccination is the only way out of the global CoViD-19 crisis.  Some highly vaccinated nations are already experiencing the health benefits of a majority CoViD19 vaccinated population.  Cases might be up, but hospitalization and death rates are falling significantly – Mr. Davis and the PLP.

So, you and the PLP are now looking for legal avenues to fight for the majority of adult Bahamians to remain unvaccinated  - if they so choose.  What utter madness is this, Mr. Davis and the PLP?  You want to be prime minister of the Commonwealth of The Bahamas – with an agenda of political recklessness, death and suffering?

Mr. Davis went on with his evil plot and said this:  “The government has failed badly to prepare the country for the Delta variant. We are facing a serious health crisis, one that is already overwhelming the public health system and is likely to seriously worsen”.  What a hypocrite!  The Delta variant has not been confirmed in The Bahamas to date, but this is the pet variant of which Mr. Davis can’t wait for - to get here.  He knows that every PLP government to date in The Bahamas, is aware of a brewing healthcare crisis for decades.  Mr. Davis has been an Executive in a few of them; so he has first hand experience in poor political leadership and incompetence – across the board.

Yes Mr. Davis, when the Delta variant arrives – I hope that you, your party, and your unvaccinated clients are ready for it; because everyone knows that that variant ain’t playing with no one.  Don’t blame the monster of your dreams, Minnis and his FNM government for the decision of the unvaccinated majority, Mr Davis and the PLP.  They are being greatly impacted now by sickness and death, and the Delta variant will take things to new heights of national disaster and misery – when it arrives, Mr. Davis and the PLP.

The PLP’s decision to not seriously and aggressively help to promote and encourage vaccination nationally, is a very poor reflection on its leadership ability in crisis time – in my most gracious opinion.  The Bahamas’ economy will not survive if the vast majority of its adult people remain unvaccinated in a fluid and raging CoVID-19 environment, Mr. Davis and the PLP.  So, carry on with your wicked demagoguery on CoViD19 vaccination efforts in The Bahamas Mr. Davis and the PLP.  You can’t win with that – bro.