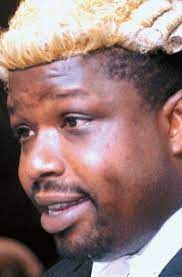 The great Defense Attorney Wayne Munroe Q.C. must take off his litigious hat, and remember that he is the Minister of National Security, and govern himself accordingly. It is unacceptable for the Minister of National Security to openly comment on an active investigation of a police involved shooting, particularly when the deceased was also a member of the Armed Forces under the Minister’s remit.
The careless commentary preempts the official investigation and prejudices the Coroners inquest proceedings. The Minister should not recklessly and arrogantly make himself the Judge and Jury on the veracity of the body-cam footage. The Minister’s assertion that the footage is “consistent” with anyone’s statement can only properly come after a thorough formal investigation. We are confident that the process and protocols established for police involved shootings are sufficient to determining issues of facts.
This is not the first time that Minister Munroe has done this. Minister Munroe must refrain from making premature remarks, stop interfering with this and any investigation - and let the Professional Public Servants do their jobs.
If the Minister insists and continues acting as Defense Counsel, he should take up the cause of the wrongfully terminated Urban Renewal workers, and the many other Bahamians who find themselves unjustly affected by the government’s reckless and harsh handling of hard working Bahamians.
We in the Free National Movement extend our condolences to the family of Defense Force Officer, Leading Seaman, Rodney Adderley, his colleagues and to all those affected by this tragic and unfortunate incident.
Posted by webcrat at 10:55 PM