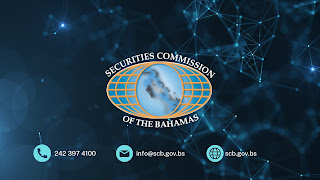 On 29 December 2022, the Securities Commission of The Bahamas (“Commission”) announced that it applied for directions from the Bahamian Supreme Court (“Court”) in light of the dispute between the court-appointed Joint Provisional Liquidators (“JPLs”) of FTX Digital Markets Ltd (“FTXDM”) and the US Debtors over the JPLs’ rights of access to the records of FTXDM.

The Order further indicated that the JPLs may cooperate with, and provide information to, the US Debtors by sharing with their representatives, in a highly confidential manner, certain information respecting the digital assets being held in the secure digital wallets established by, and under the control of, the Commission.

As part of the above request, the Commission filed with the Court a Third Affidavit of Christina R. Rolle, Executive Director of the Commission, which sets out in detail the manner in which the Commission has exercised its regulatory powers in relation to FTXDM, and provides a detailed chronology of the protective actions the Commission has taken to date in connection with the insolvency of FTXDM.

Relevant actions include the suspension of FTXDM’s registration under the Digital Assets and Registered Exchanges Act, 2020 ("the DARE Act") on 10 November 2022, and placing FTXDM into immediate involuntary provisional liquidation.

The Commission acted promptly upon assessing known information regarding FTXDM’s liquidity crisis, in the exercise of its obligation to “protect the public” under section 19(3) of the DARE Act.

This action – the first commenced globally against an FTX entity – placed FTXDM under the control of a court-appointed fiduciary and removed prior management from exercising any authority over FTXDM.

As indicated on the 12 November 2022 media release titled ‘Securities Commission Addresses FTX Statement on Bahamian Withdrawals’, The Commission did not in any way direct, authorize or suggest to FTXDM the prioritization of withdrawals for Bahamian clients.

The Commission further noted that such transactions may be characterized as voidable preferences under the insolvency regime and consequently result in clawing back funds from Bahamian customers.

Based on information provided by Sam Bankman-Fried to the Commission concerning the cyberattacks that took place on the systems of FTXDM, the restricted access by the employees of FTXDM to its AWS system, and other available information, the Commission determined that there was a significant risk of imminent dissipation as to the digital assets under the custody or control of FTXDM to the prejudice of its customers and creditors.

As a result, in the exercise of its regulatory powers, the Commission requested and obtained a Court order to safeguard the digital assets owned by or under the custody or control of FTXDM or its principals by transferring them to secure digital wallets under the exclusive control the Commission.

Accordingly, on 12 November 2022, the Commission, in the exercise of its powers as regulator acting under the authority of an Order made by the Supreme Court of The Bahamas, took the action of directing the transfer of all digital assets of under the custody or control of FTXDM or its principals, valued at more than US$3.5 billion, based on market pricing at the time of transfer, to digital wallets controlled by the Commission, for safekeeping.

While certain token protocols may require the burning of old tokens and the simultaneous minting of new replacement tokens to effect transfer, in no case, did the process involve the creation of any additional tokens.

The Commission has consistently taken necessary steps to protect FTXDM customers and creditors as well as the public interest when discharging its duties duly backed by a solid regulatory regime within The Bahamas and international treaties, as well as sound regulatory practices and policies that promote consumer confidence and protections.

The Commission will continue to conduct a comprehensive and diligent investigation into the causes of FTX’s failure, act in accordance with directions issued by the Supreme Court of The Bahamas, collaborate with other supervisory authorities, and take such further actions as needed to preserve the assets of FTXDM and to safeguard the interests of customers and creditors of FTXDM.

The Third Affidavit of Christina R. Rolle, Executive Director of the Securities Commission of The Bahamas, and Order issued by the Bahamian Supreme Court may be viewed at:

Prior releases issued by the Securities Commission of The Bahamas may be viewed at: https://www.scb.gov.bs/media/newsroom/media-releases/.