The FNM, a political party without a competitive base

THE HUBERT ALEXANDERS HAVE WRECKED THE FNM BASE! 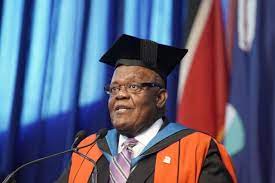 It’s so sad to see the Free National Movement (FNM) party reduced to shambles and ruin.  It’s presently a national political entity without a viable base.  Remember, the FNM was an expanding family caravan of love organization in the 1980s – that was moving from strength to strength; until the arrival of the most illustrious protégé of the late PLP leader, Sir Lynden Oscar Pindling (SLOP).

His name is, Hubert Alexander Ingraham.  He was allowed by the selfish, hoggish and wicked FNM party leaders at the time to take over the mighty FNM, and live-out his mythic dreams of becoming the ruler of The Bahamas.  In doing so, he and his PLP goons along with the self-centered, greedy and evil FNM leadership gang -  embarked on a vicious internal campaign of political victimization, intimidation and bullying of the faithful FNM party base - which wanted to have nothing to do with the PLP most noted spy and long-knifeman - turned FNM chief, Hubert Alexander Ingraham.

So, by the year 2017- and after three non consecutive terms of Hubert Alexander Ingraham’s regime– the FNM had become a weak-base political party.  Then, under the leadership of Hubert Alexander Minnis - who also had the mythical vision of becoming dictator of The Bahamas, the shattered and shaky base of the FNM became unrecognizable. 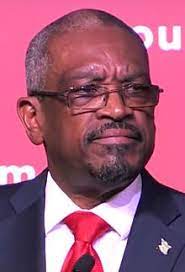 Hubert Alexander Minnis ruled for a bit more than four years.  He totally abandoned what was left of the FNM base – and ran The Bahamas like a lone, wild and crazy man.

Minnis and his miniature and faithful band of FNM yes men and women lost miserably in the recent general election of 2021.  They did not have a winnable base heading in to the contest, and they really didn’t care; after all, they were quite confident and comfortable in the remote bubble of which they governed The Bahamas in for a little more than four years; 2017-2021.  It’s totally disgraceful and distasteful when one thinks about it.

The moral of the story for future FNM leaders is:  An incumbent political party without a spirited, passionate, and an ever-increasingly national base – will not be re-elected for a second consecutive term in The Bahamas – never again.